Death, that mysterious door of departure from this life for every earthly creature, is as insoluble, inscrutable and inexplicable as its concomitant, life. From the occasion of its first tragic occurrence in the race until now, though the wisest, greatest and most thoughtful of men have philosophized, conjectured and speculated concerning it, we know but little regarding an experience ultimately characteristic of all men. The worldly wise of all ages, the scholars, scientists, and philosophers of this, the most glorious age of achievement, stand in awe before it and confess defeat in fathoming it. It remains that the best, indeed, the only satisfactory definition of death is to be found in an affirmation of James the design of which was not really to advance a definition but rather to describe the condition which follows it: "The body without the spirit is dead" (James 2:26).

Death then, is that condition which obtains when the spirit, the conscious entity of man derived directly from God (Hebrews 12:9), is no longer in the body. More than this we cannot and, therefore, need not, know regarding it. Questions which clamor for solution must await the day when faith ends in sight and hope in realization. We may, however, from the allusions which the sacred writers make to man's passing, reach some conclusions regarding the characteristics of this experience awaiting us all at the end of life's day. Word pictures which they draw of our passing allow us to catch a glimpse of what we may expect when it is ours to walk into the gathering twilight as the sun of life sinks for the last time on the hills of earth.

Paul, aware that the moment of his passing was not far distant, said, "I am now ready to be offered, and the time fo my departure is at hand" (II Timothy 4:6).  The word "departure" in this passage is translated from the Greek analusis, definitions of which Thayer lists as follows: "An unloosing (as of things woven) a dissolving (into separate parts). Departure (a metaphor drawn from loosing from moorings preparatory to setting sail)...or, according to others, from breaking up an encampment..." Forms of this word occur in both II Timothy 4:6 and Philippians 1:23, passages descriptive of death.  Death is, then,

(1) The unraveling of a garment, the separation and disentanglement of the threads of a woven cloth. As a piece of cloth, by unraveling, returns to the element out of which it was made, so the individual, in death undergoes the separation of body and spirit the combination of which is life. Separated, the body returns to the dust out of which it was made, and the spirit wings its way into the unseen realm there to await the resurrection and judgment.

(3) A"departure" and is used of the "breaking up of camp," and the loosing of moorings as a ship prepares fo hoist its sails and launch out into the great deep, (a) The activities which characterize the taking down of a tent figuratively picture in impressive fashion the experience of death. Death is truly a journey; and, the lonely traveler of the sandy reaches of the Eastern world was not without his shelter. Any journey was necessarily preceded by the taking down of the tent. It is significant that the body is styled a tent in the sacred writings: "For we know that, if our earthly house of this tabernacle were dissolved, we have a building of God, an house not made with hands, eternal in the heavens" (II Corinthians 5:1). Here the word "tabernacle" is from the Greek word skeenee, tent.

(b) Moreover, it is the loosing of the anchor or ropes which hold a ship to the shore in order that it may move out into the deep. This is a common figure of our passing. Poets, preachers and painters have often seen in the sailing of a ship a pictorial representation of death. There is something wonderfully majestic and magnificent in the departure of a giant ocean liner. The bustle of boarding, the tears of parting, the heady excitement of a new adventure and the throaty roar of the ship's whistle announcing departure, kindle interest to thrilling heights. As the mighty vessel glides out to sea and slowly fades from the sight of the watching throng, the shout ascends: "There, she goes!" And, it is not long until other watchers, on another shore, catch a glimpse of her appearance in the glimmering haze, and cry: "There, she comes!" So it is with those who loose from life's moorings and sail away on the billowing waves of death. Though they pass for a moment from our eyes, others on distant and sun-washed shores wait and watch with joy for their coming.

And after that, the dark!

And may there be no sadness of farewell,

For though from out our bourne of Time and Place

The flood may bear me far,

I hope to see my Pilot face to face

When I have crossed the bar.

(4) Death is a state of peaceful, dreamless sleep. "But I would not have you to be ignorant, brethren, concerning them which are asleep, that ye sorrow not, even as others which have no hope" (I Thessalonians 4:13).  Here, the word translated "sleep" is from the Greek koimao, to put to sleep, whence we derive our word cemetery--from the Greek kometerion, "a sleeping chamber, burial place." The word "sleep" is a euphemism for the word die, and is often so used in the scriptures. We are not from this to assume, however, that death, in every respect, is comparable to sleep; it is not. The cessation of consciousness, characteristic of sleep, is not a concomitant of death. Death is like sleep in that it is a ceasing from activity, a season of rest and repose. In response to the question, "Is death the last sleep?" Walter Scott truly said; "No, it is the last and final awakening." 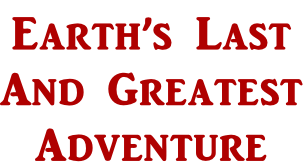